"No one is at the parking lot!"

At this normally busy tourist spot, there was not a soul in sight - the beauty of June in the Maritimes. Unfortunately, the wind was howling and the skies covered. On a sunny morning, the warm glow of a low angle sun would lit up the vermillion cliffs to contrast against the emerald carpet and a sapphire sky. Although our view was less spectacular than I had hoped, the crashing surf added a level of dramatic effect. 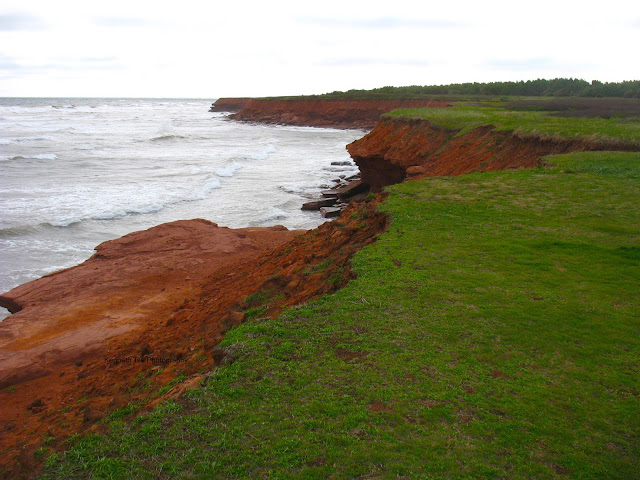 Prince Edward Island National Park was designed to protect sensitive sand dunes and coastal wetlands. The park consisted of several parcels of shorelines with numerous trails suitable for walking and cycling. We chose to visit the Cavendish area since it is closest to Green Gables. 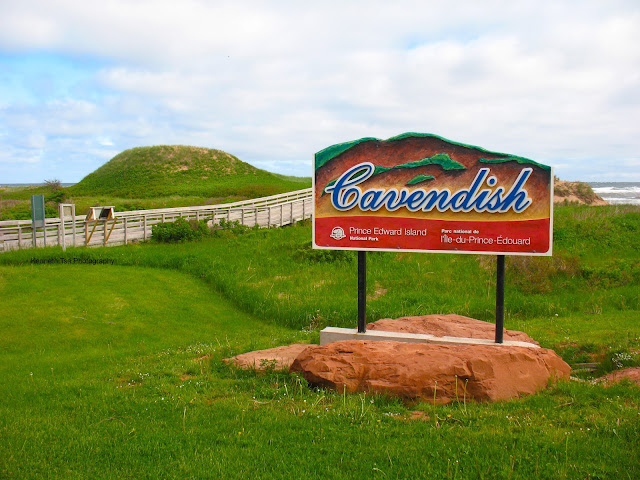 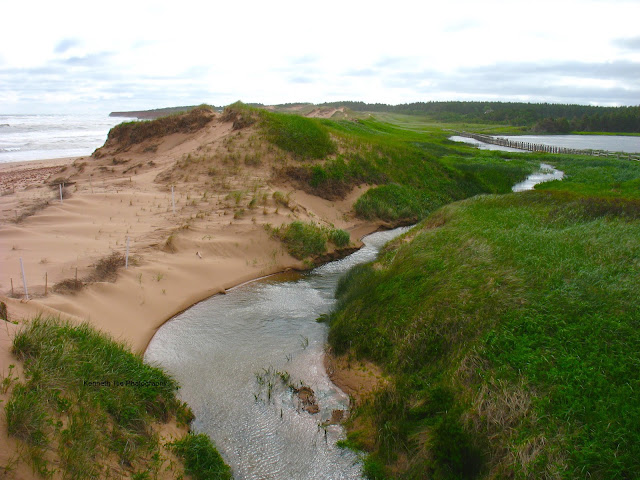 Just a short hop away, Green Gables Heritage Site celebrates one of Canada's most beloved fictional character - Anne of Green Gables. Lucy Maud Montgomery, author of the award winning novel, drew inspiration for her character and the setting based on her summers spent in the farmstead and the area. The recreated setting included many genuine relics from the Victorian era, thus preserving historical heritage while fleshing out Avonlea and Anne's life at Green Gables. 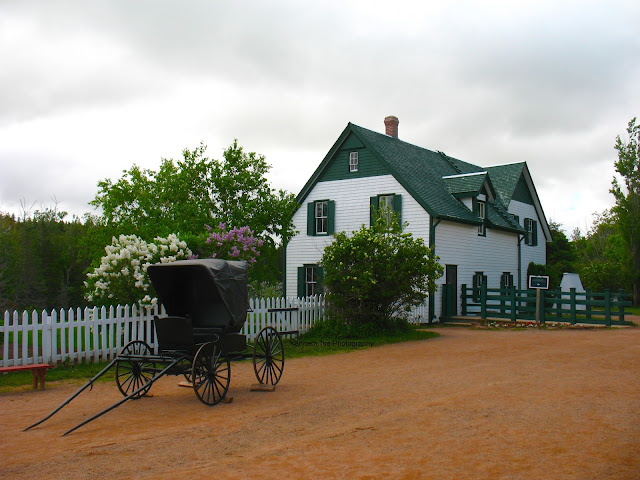 We caught a glimpse of Anne standing by the door looking into he distance. 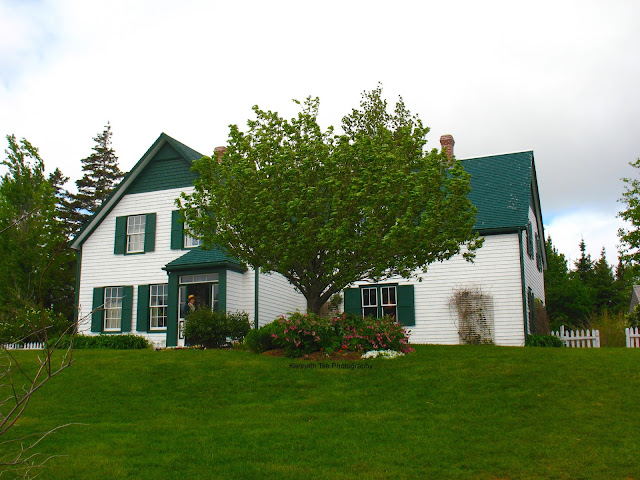 A mix of colours, shapes and textures combined to turn a bare soil canvas into a vibrant garden. 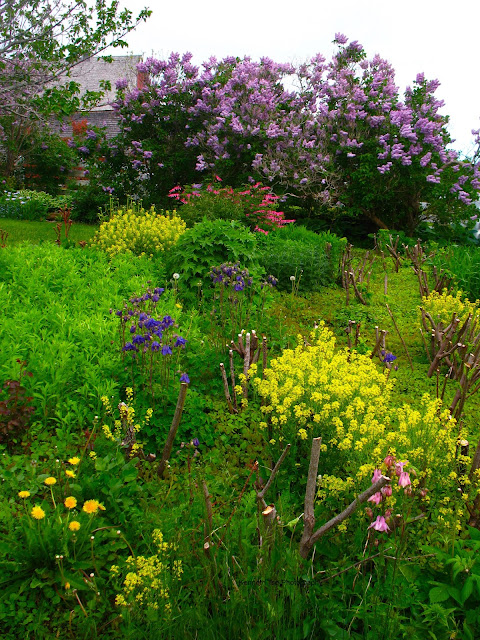 As we were leaving, two buses arrived flooring the property with tourists. Although we were on vacation, waking up early was worthwhile.

The next item on our itinerary was a self guided walking tour of Charlottetown, the capital of PEI.

Beaconsfield Historic House is the extravagant home commissioned by successful shipbuilder and merchant James Peakes. Unforutnately, Peakes lost most of his children to sickness and his fortunes due to a recession. The house was lost due to bankruptcy. According to his diary, the purchase of his home, $50,000 at the time (approximately $2.5 million in today's term), likely contribute to his downfall. 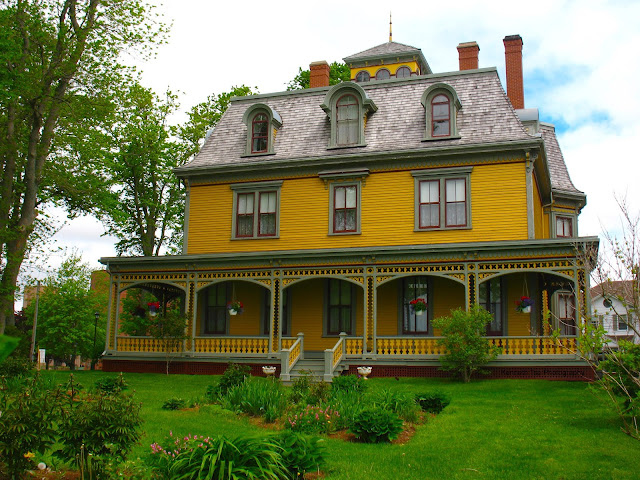 Province House National Historic Site preserves the legislative building where confederation of Canada was discussed in Charlottetown between September 1-7, 1864. It is the second oldest legislature site in Canada and the building continues to serve was the provincial legislature since 1847.

"It sucks that it is closed for restoration." My sister lamented. 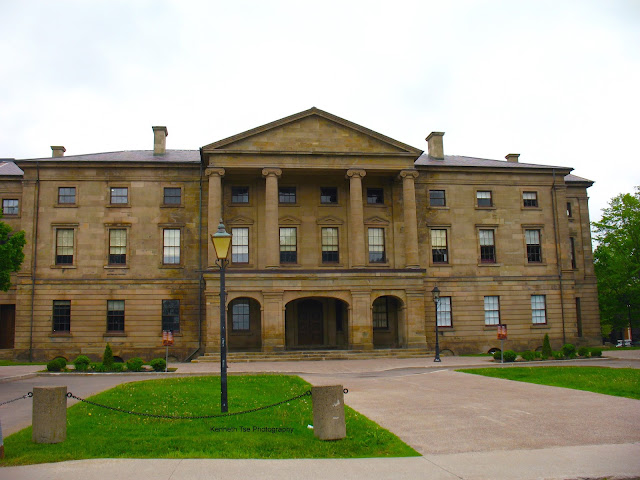 Just down the street from Province House is St. Dunstan's Basilica, the only cathedral within the province. Rebuilt in 1913 after a fire, this French Gothic cathedral is one of the most recognized landmark as its spires contributes to the city's skyline. 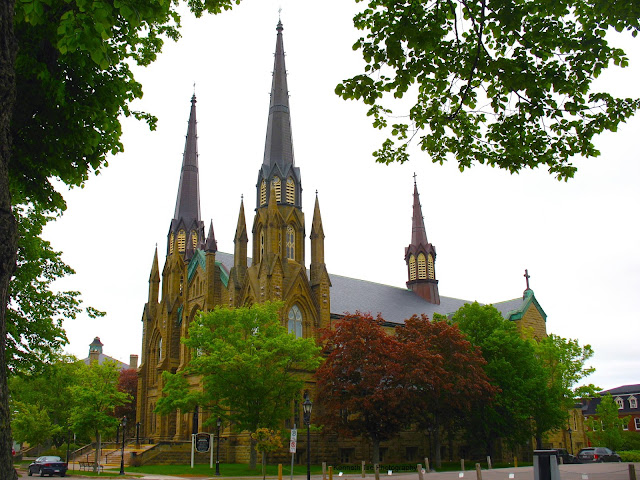 Across from the cathedral, a bronze statue commemorates two of the Fathers of Confederation, a delegate from Prince Edward Island and another delegate from New Brunswick, who, serendipitously, shared the same name - John Hamilton Gray. 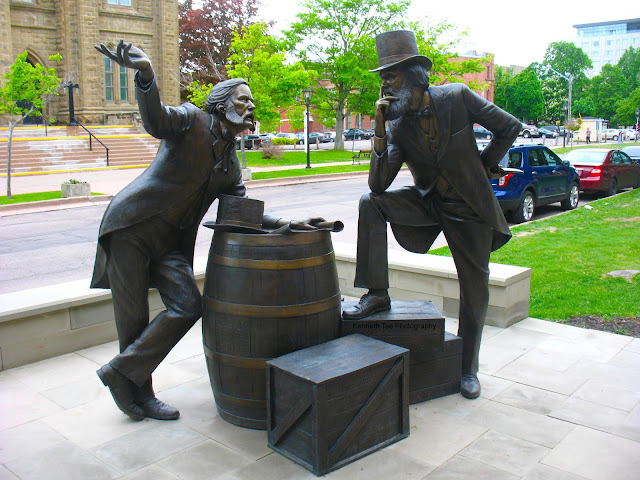 Shortly after, we were pattered by a passing shower and we took shelter at Cow's, a famous ice cream chain in the Maritimes, at Peakes Pier and enjoyed a chocolate cheesecake cone.

With the afternoon free, we returned to North Rustico seeking fresh seafood. We bought a pound of mussels ($2/lb), a pound of clams ($4.50/lb) and a pound of oysters ($5.50/lb) for dinner, all of which were locally cultivated or harvested.

My sister agreed to give me some time to fish while she read in the car. Checking out the pier closer to the mouth of the harbour hoping for perhaps a skate on the muddy bottom or maybe an early school of Atlantic Mackerel. I caught a few Cunner and Winter Flounder but no new species. Moving back to the commercial wharf, I fished a larger swimbait for an hour but failed to connect with any Shorthorn Sculpin. I wonder if these fish had moved to another area when water warms in the summer. From a distance, I could see water draining into the harbour from the fish market where we bought our seafood earlier. Quietly slipping behind the stacks of wooden crates and plastic bins, I didn't know if my fishing activity would be frowned upon. However, people seemed to be quite accommodating as they didn't ask me to leave or to stop fishing when they carry on their own business around me.

The waste water from the fish market not only carries a briny scent, but I could see small particle of matter that attracted a large number of stickleback. Under the sticklebacks were small Winter Flounder waiting to snatch up any small fish that venture too close to the bottom. I caught many Winter Flounder using a jig and plastic grub. Switching to the tanago hook, it was almost too easy catching the Blackspotted Stickleback that I had so much trouble catching thus far. The large concentration of these fish at the outflow increased food competition, thus they were not at all shy to take a baited hook.

Here and there, I saw a larger stickleback peeking out from cracks along the wall of the wharf. Putting my baited hook near the last location where I had seen the fish, it quickly darted out to receive the bait. I had guessed that these larger stickleback may represent another species. Indeed, this was a Three-spined Stickleback, a species that I had planned to find the following day in Nova Scotia. 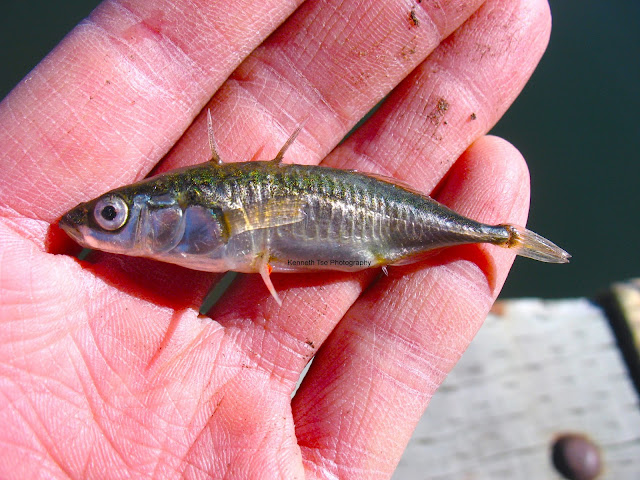 The tail scutes and the bony body plates clearly identified the species.

I caught another one that had locked its spines and it was able to propped up like a tripod. 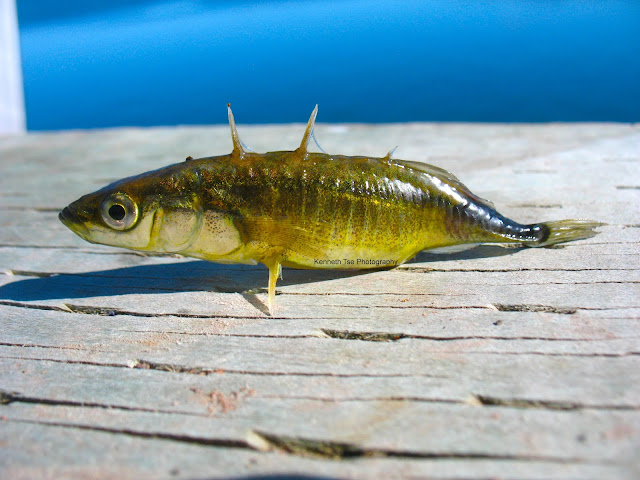 Thank you North Rustico for your bounty. 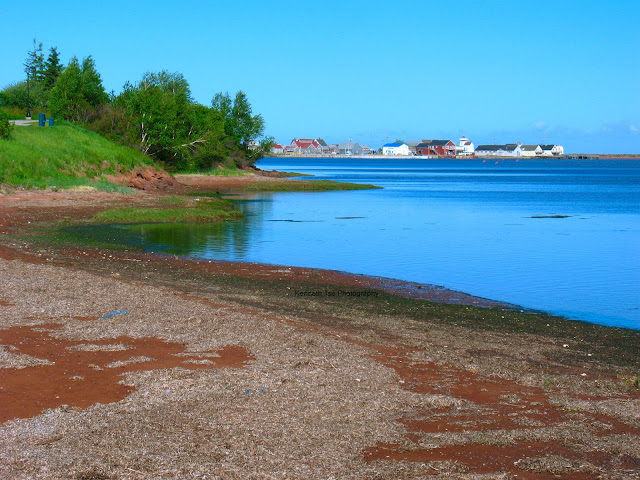 With another species added, I was most than happy to end the fishing session. My sister and I returned to our cabin to prepare dinner. I had never shuck oysters before, so I choose the dullest knife for the task. Even so, I managed to jab my thumb on the first oyster before getting the hang of the technique and shucking the remaining oysters efficiently. We progressively added ingredients to our onion and cream base until we had a seafood chowder. Gosh, it was delicious and it cost less than $15! 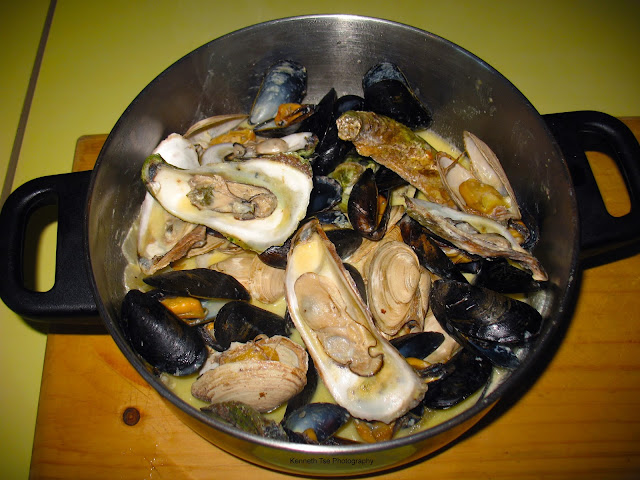