"This area is beautiful!" My sister rejoiced.

"We'll definitely have to stop on the way back to shoot some pictures." I wholeheartedly agreed.

We were just 10 minutes from Peggy's Cove but the landscape surrounding us appeared wild and inviting.

There was a reason to rush to Peggy's Cove since my sister and I had too much coffee during breakfast. But it was 7:45am and the visitor center doesn't open until 8am. Luckily, a care taker was cleaning the washrooms and he allowed my sister and I to empty our bladder as long as we don't make too much of a mess.

We should have visited Peggy's Cove much earlier in the morning. The lighthouse was crawling with people already. It was cloudy but we could see a break of blue sky in the distance. We decided to wait for the break to move in while hoping for a lull in tour buses.

After an hour, everything finally fell into place! 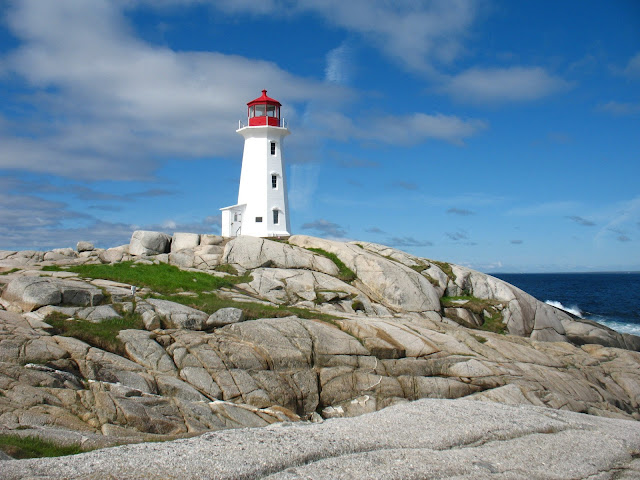 As more and more tour groups arrived, we retreated back to the alpine like landscape that was just a short drive away. Everyone seemed to drive right by this area when it was one of the highlights for my sister and I. 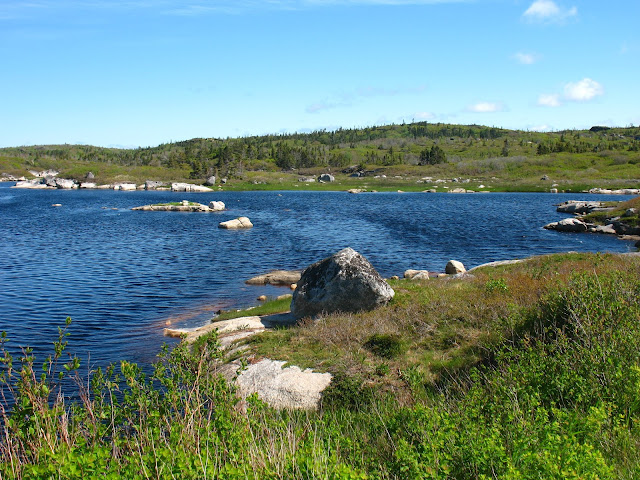 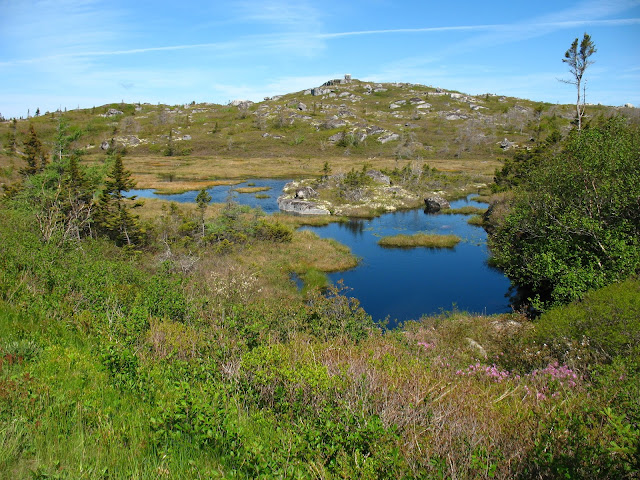 I later found that there were hiking trails to explore the hills. This is definitely on my to-do list next time.

An hour later, we arrived in Halifax for a few hours of city tour.

I love beer made by Alexander Keith's so we stopped briefly to visit the brewery. 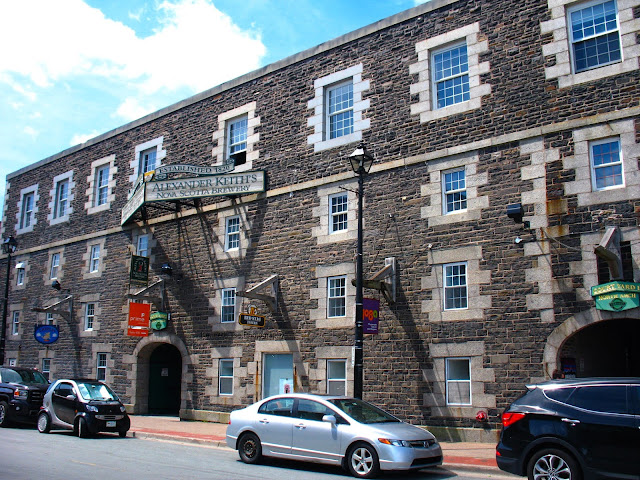 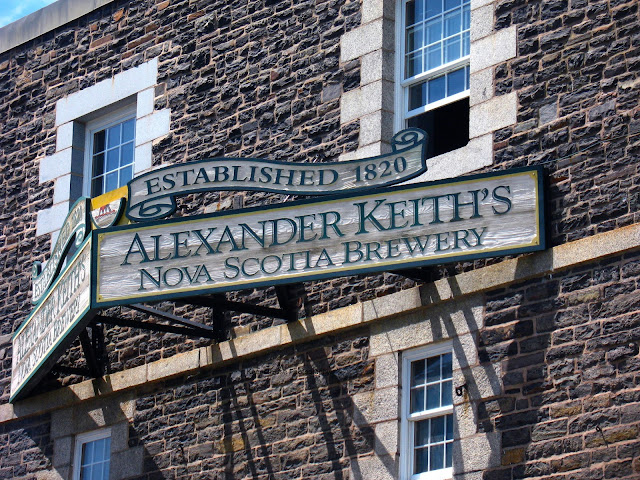 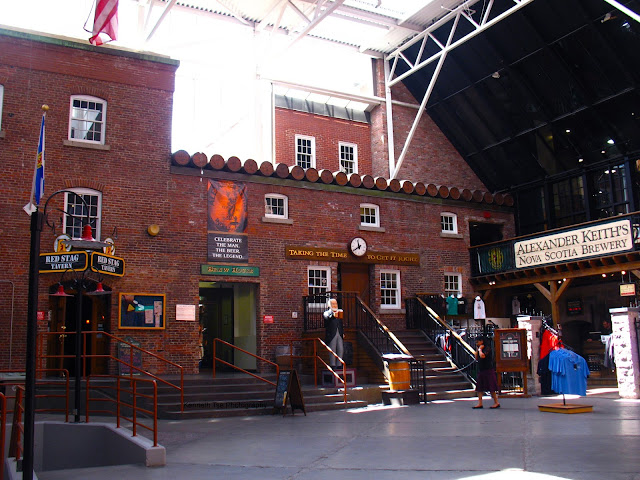 Walking along Provo Wallis St, we admired Halifax harbour from the Atlantic Maritime Museum of Canada to the Historic District. It was the warmest, sunniest day we had thus far on our trip and we had a great time being pedestrians. 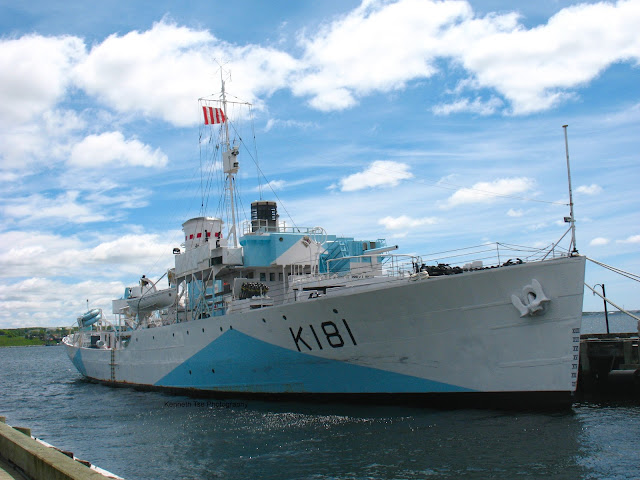 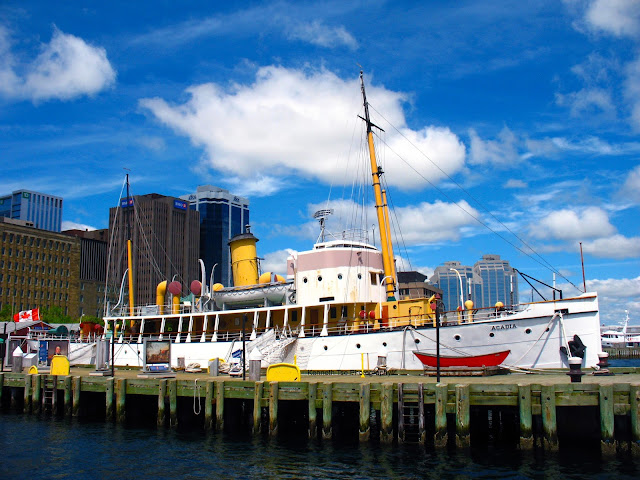 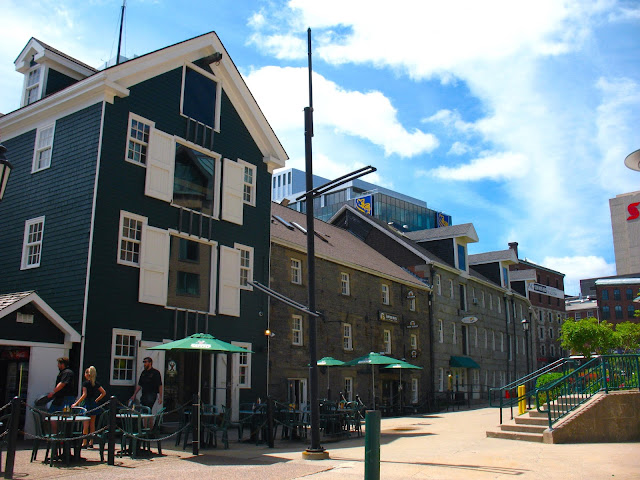 Just a short drive away is the Halifax Citadel National Historic Site. Known as Fort George or Citadel Hill, the hill was first fortified in 1749. The fort served mainly as barracks and garrisons through many conflicts that threatened national security, including the American Revolution, the War of 1812, the American Civil War, and the First and Second World War.

The fort had been reconstructed 3 times. However, one element of the fort remained unchanged through each built - the water well that is now located at the northwest corner of the courtyard. It was at the end of our trip and I was running low on camera memory. I would have love to take some panoramic shots of the area next time. 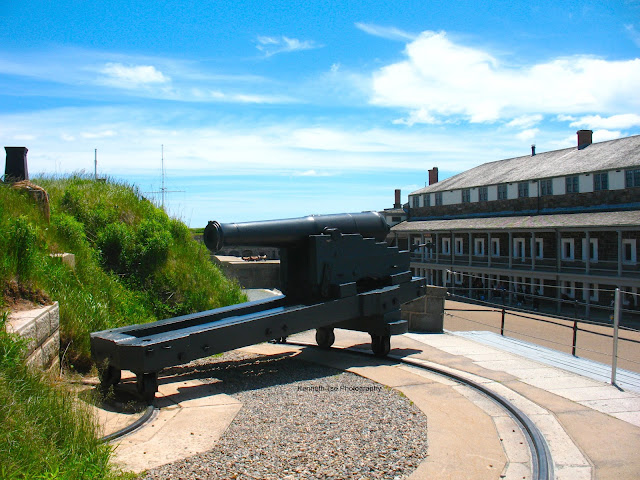 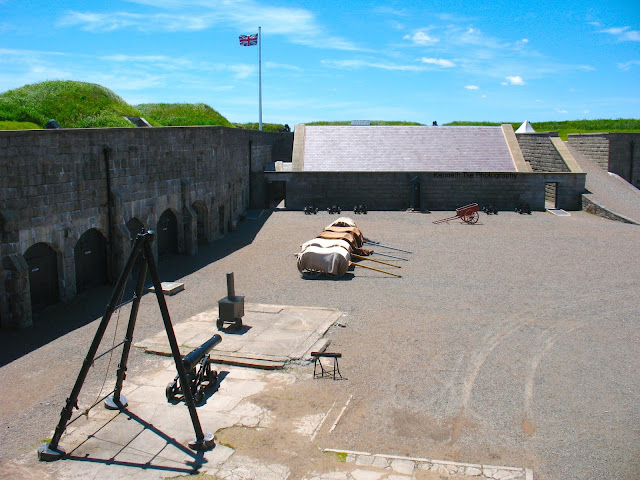 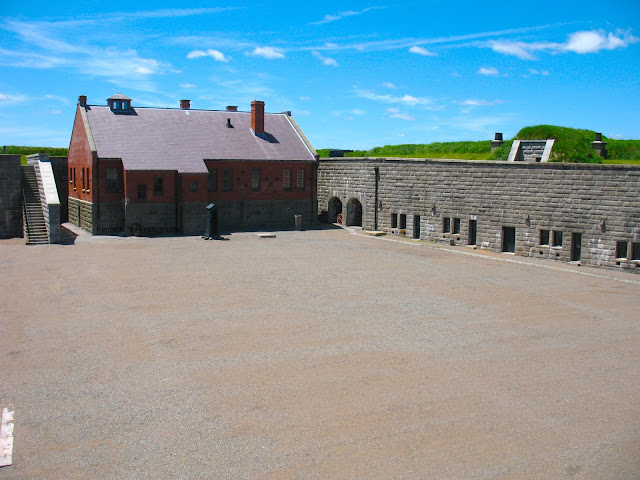 We spent close to an hour at the Army Museum to learn about our Canadian military history. Although I had learn about Canadian participation in various wars, it was much more emotive to see actual artifacts and read real accounts of those who served in the wars.

By 2pm, we were making our way to the airport. A little scare of an overbook flight threatened to delay my return home. My teacher's college convocation was the following morning and there was no way I can take the next flight home. I made my opinion heard at the bordering gate and thankfully we board our scheduled flight.

It had been a few years since I traveled with my sister. Our Atlantic Canada trip was everything we had envisioned, including the unsettled weather and hurried schedule. It was our first experience of our wonderful Maritime provinces and we both agreed that we needed to return in the future. We had already compiled a list of locations that we wish to visit next time!