This was our second last boat fishing day. Captain C jumped in early in the morning to cast net some mullet. He really wanted me to catch a Roosterfish, especially since I missed on in the morning. We rigged up three line with live mullet - Jeff, Michael and I. We slowly trolled out of the marina and spent some time working the area in front of the area. If I remember correctly, Michael had a hit from a Roosterfish but missed the hookset.

We then slow trolled down the shoreline. There were birds diving in the surf zone this morning and we were all optimistic with the conditions. As we got closer to a blitz with birding diving down at the swirling bait, we could see Pacific Crevalle Jack flying out of the water crashing the bait. I had already rigged up a Kastmaster on the line and I passed the rod with the live mullet over to our mate. Heading toward the front of the boat, I started casting and was soon hooked up to a small Pacific Crevalle Jack. I missed two fish a couple of days ago so I was playing this fish with light drag and fully bent rod to make sure this one doesn't get off again. Thankfully, it came to the boat without much drama. 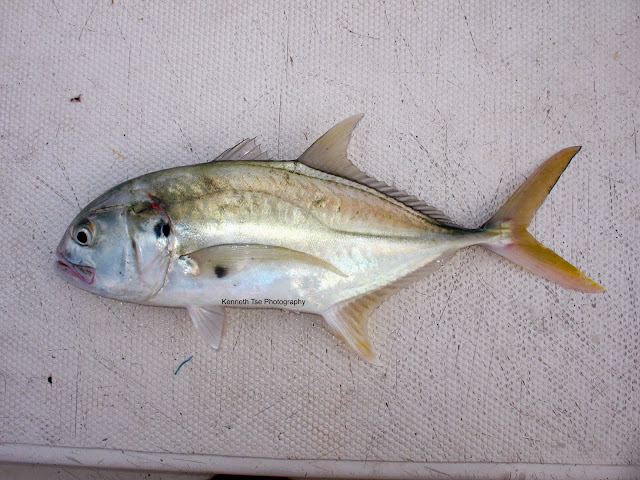 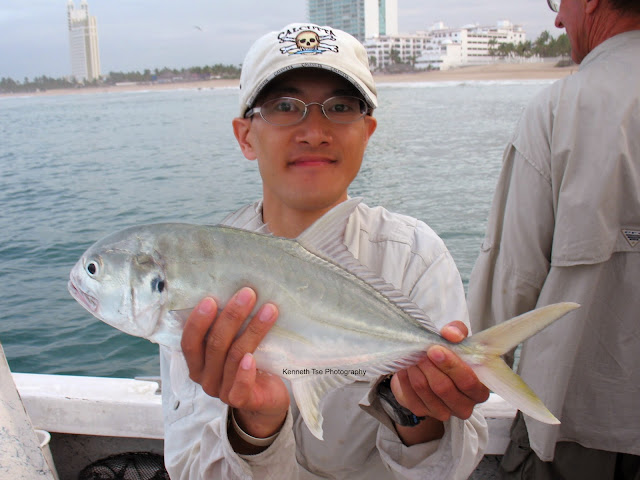 Seeing my success, Michael grabbed the rod and started casting toward the next blitz. It took very little time for him to land one as well.

All along the beach, there were rock piles in deeper water. We worked each of them as the rough surf and swell allowed, but after an hour and all the available water covered, we pulled the lines in and headed north.

Once in the area, Captain C suggested we fish a shallow reef in 25 feet of water. It may give George a shot for his Black Triggerfish. There were some mixed species caught but nothing was really special until...until...George caught a Barred Pargo. Then Jeff caught one. I was silly enough to listen to George and wasted my time tying on a sabiki rig onto the rod. By the time I was done switching out the rig, everyone had caught one but me. And that's when the school moved on (or all of them were caught already).

We then made a small move and picked at another mixed bag of species when something almost rocked George. He had vision of a Black Triggerfish when a bigger Barred Pargo came aboard. That was just my type of luck fishing right next to George.

When the bite on the shallow reef slowed, Captain C suggested that we fished wrecks again for bigger species before we bottom fish. We each dropped live mullet and suspended the bait abotu 10 feet off the wreck. About a minute later, I felt my mullet shake violently on the line and prepared for the take. The rod suddenly arched over and I set hard in response. With these fish holding over the wreck, you never know what took your bait. It could be a snapper, grouper, snook or weakfish. I immediately started pumping the fish up and away from the wreck. I had about 10 cranks in when the weight suddenly disappeared and the rod recoiled. Whatever that fish was simply disappeared. It was truly frustrating.

A little later, George got a solid bite on the same wreck. George couldn't even get this fish off the wreck and eventually the fish reached the bottom and cut the line.

We fished a while longer with no more bites, thus we moved to another reef to bottom fish. There were a number of species caught, but much was the same for me. I didn't add any new species. I did take a few better pictures for the lifelist. 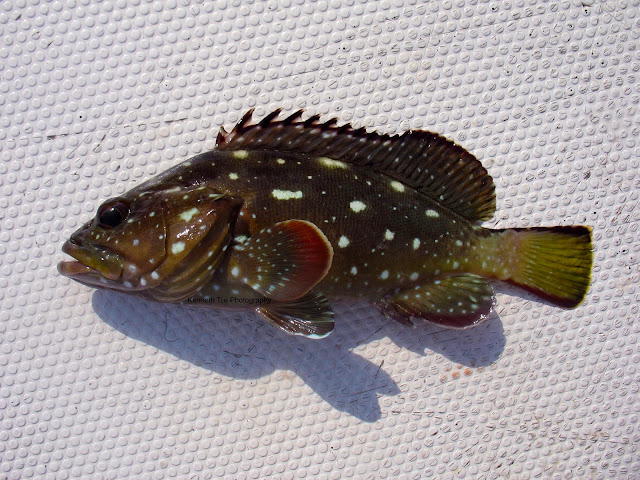 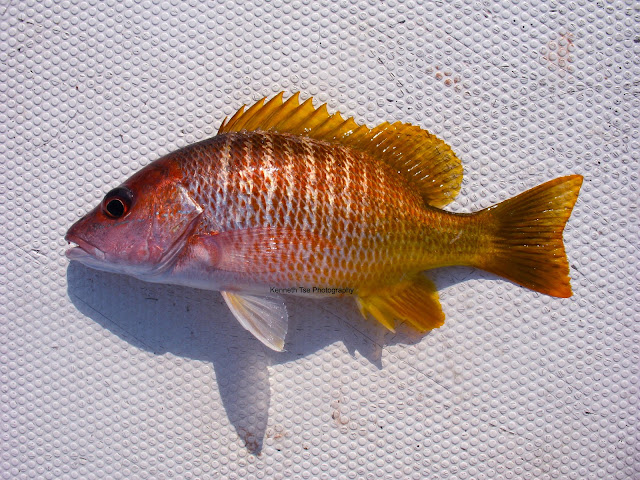 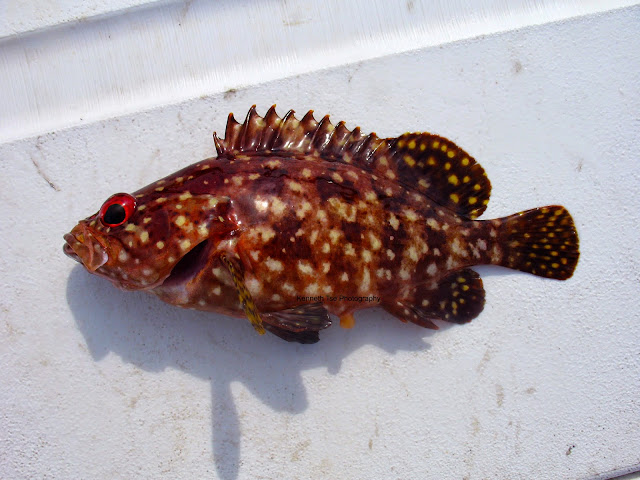 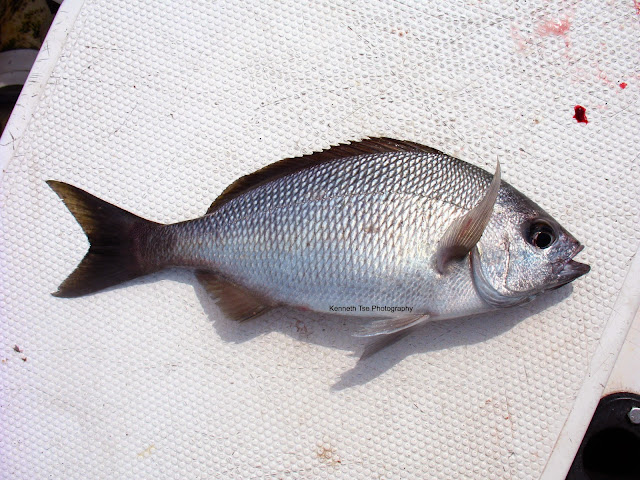 The bottom bite was pretty slow actually. It was the slowest day we had thus far. It might be due to the rough swells today.

On the way back to the marina, Captain C stopped on a couple of wrecks to use up our live mullet. On the first drop, I felt my mullet going completely bananas until the fish hit then dropped the bait. Less than a minute later, Michael, who was next to me, had his rod bent over and eventually landed a 5lb White Snook.

We were all hopeful that there may be a few more around, but that was all the action we had off the two wrecks.

Just before we arrived in the marina, Captain C said there are some fish in the marina that looks like a sardine but they had poison in them. We scratched our heads a little but then concluded these must be a Leatherjacket species. Captain C suggested that we tie on small hooks and troll a thin, long strip of squid behind the boat weightless. As we passed the murkier green water at the mouth of the marina into the clearer water inside, Jeff had a fish grabbed his strip but the fish jumped off. About 15 seconds later, my rod arched over and I managed to get this one to the boat. It did jumped a few times trying to throw the hook...super fun fish on light gear. 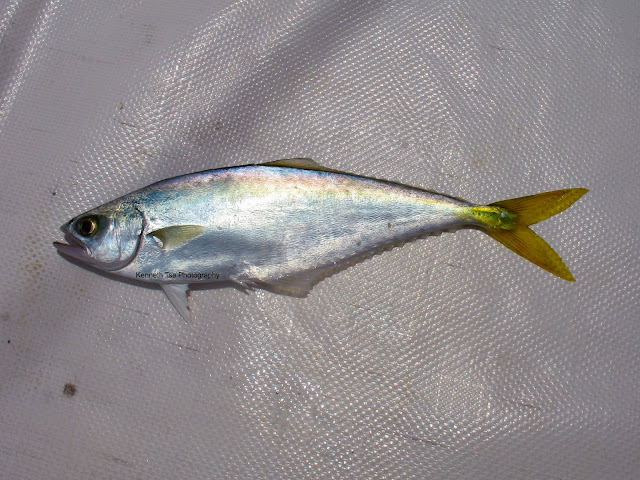 Back at the dock, I spotted some Surgeonfish. They looked just like their Atlantic counterpart, the Doctorfish. Unlike Doctorfish that would immediately swarm your bait, these Surgeonfish simply would not bite.

After a short rest, we brought our White Snook fillets to Playa Bruja. 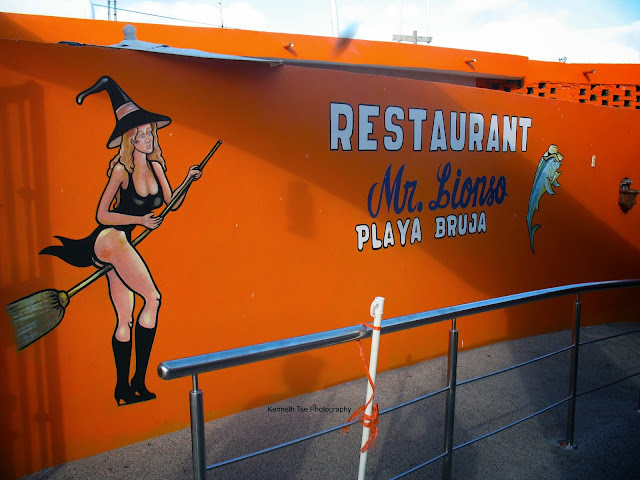 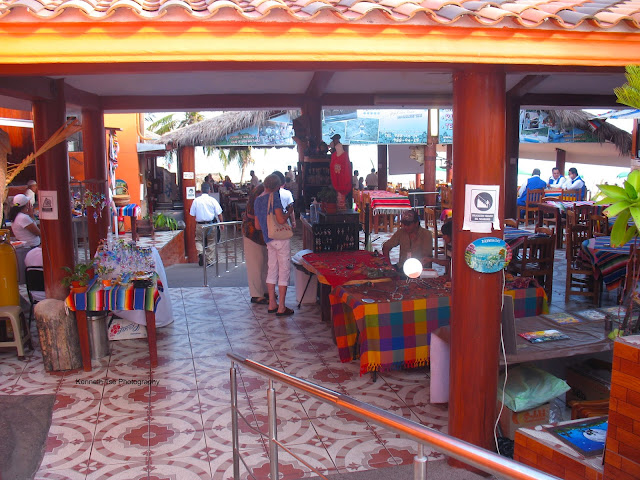 The fillets were not enough for 4 people, so we ordered another 3 shrimp dished. The tequila shrimp was especially good...the sight, smell and taste was exceptional. 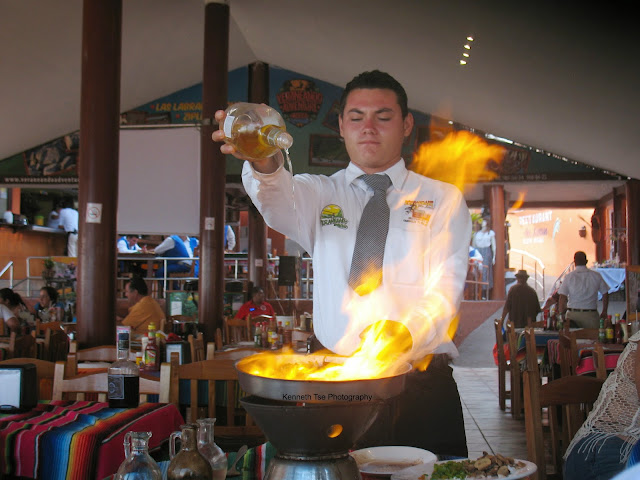 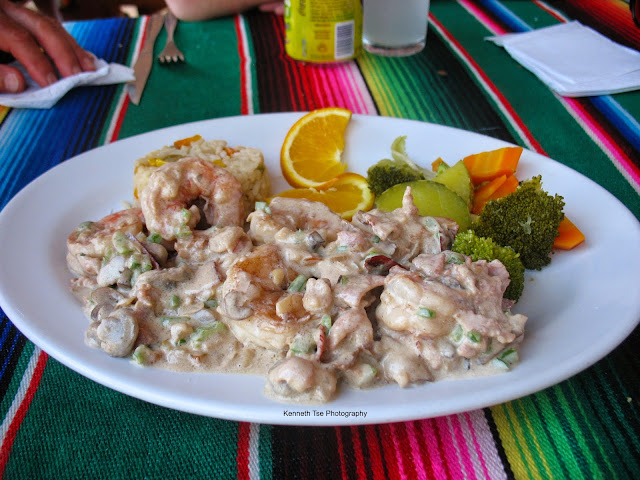 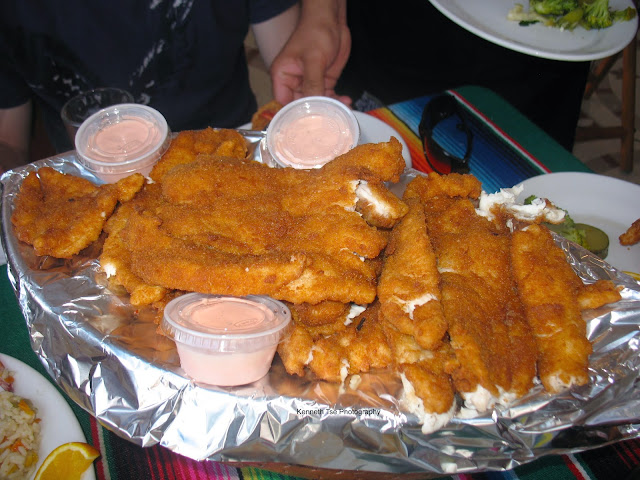 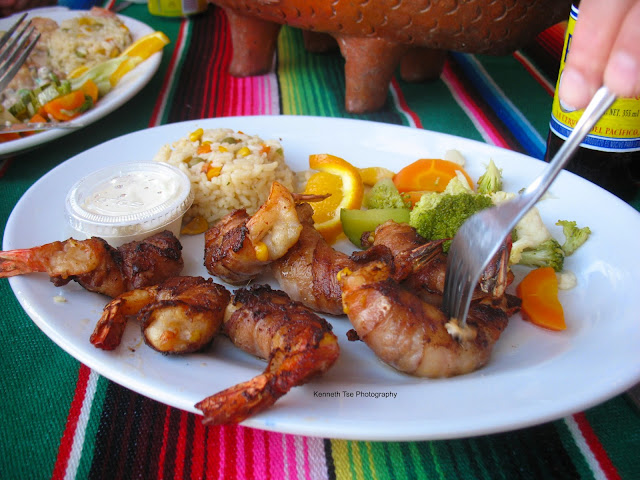 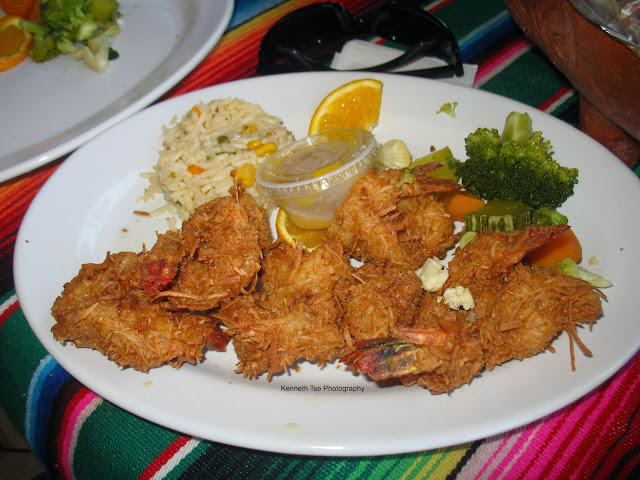 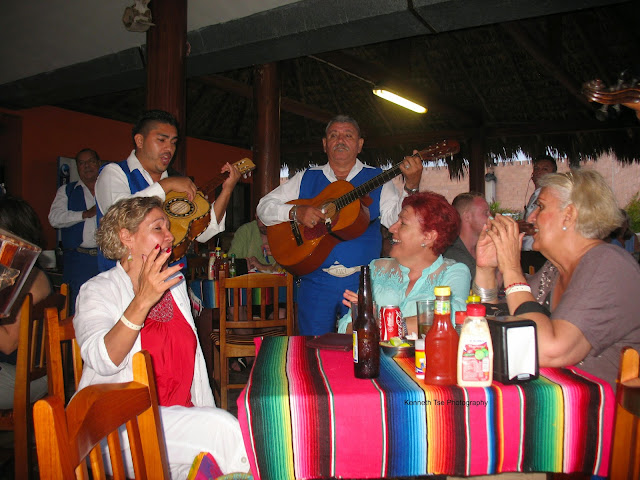 It was a day of missed chances and heartbreaks for me. Some days it seems everything was plotting against my demise. The harder I try, the less species I would catch. But after seeing the White Snook, I vowed to return to Mazatlan in the fall time in the future. I will get that big bite that came off!!!