Michael had been tempting me to fish one of the spot he found last winter. I had little time to fish until recently, but finally make a point to fish Simcoe at least once before the season is over.

We got off to a later start than usual since there was a good size pressure crack we need to cross. I didn't want to risk making that crossing in the dark so cooler heads prevailed. We were blessed with a beautiful sunrise though. 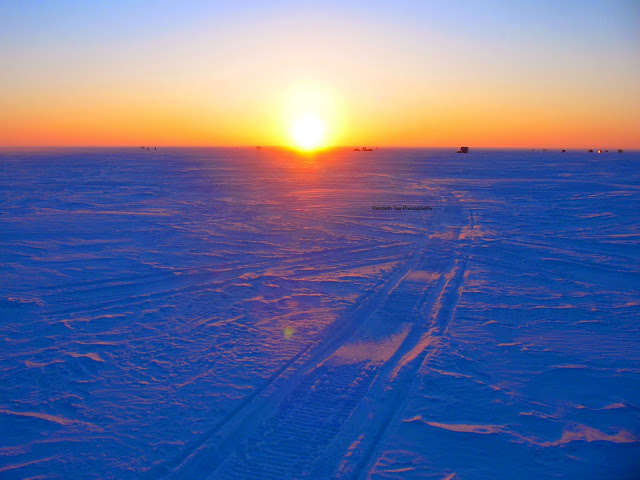 Already bright out when we set up camp, we started to mark fish within 5 minutes. It was the second fish that we marked when the fish took a fancy to my tube jig and the first Lake Whitefish of 2015 was landed! 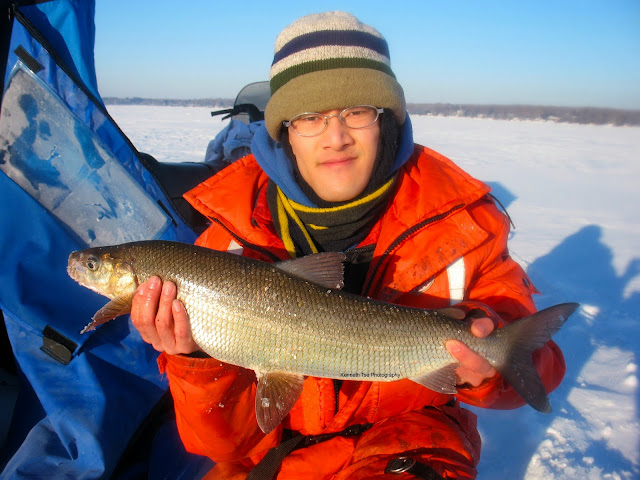 The fast start was an illusion to our tough day ahead. After sitting on that spot for the next hour barely marking much at all, we decided to move. Throughout the day, we moved many times fishing various depths around this structure. From the deepest 65 feet to the shallowest 25 feet, we often drilled a couple of holes and saw one or two fish at each location, then a whole lot of blank screens on the sonar. It was as if our holes were drilled directly on top of the fish; and once they refused our lures and left, we were fishing on top of a barren wasteland.

We started to call these the "token fish"...the single or, if we were lucky, pair of fish that we would expect from each new location. If the "token fish" had already shown up, we needed to move. Fishing this run and gun manner, we managed to lose a couple more whitefish before Michael finished the day with a late afternoon addition to our catch. 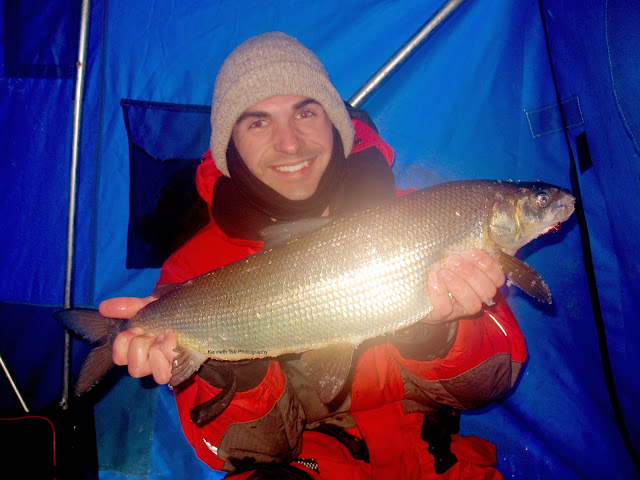 Curious about what these whitefish had been eating, I opened the stomach of the fish I took home to find it ballooned with scud and 4 Round Goby. The fish Michael took home had a couple of Round Goby only. 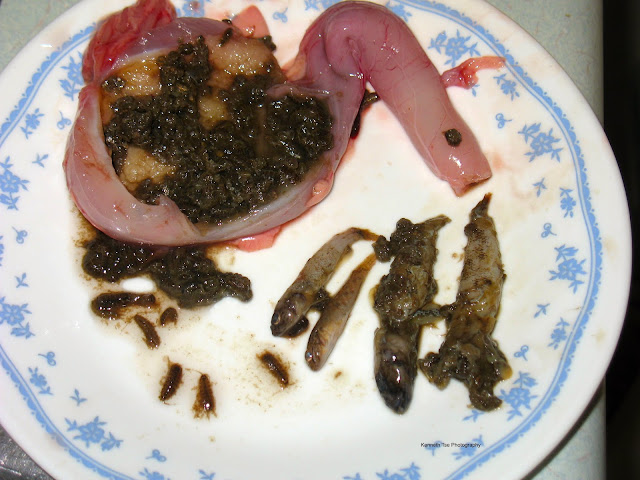 Now my freezer has whitefish in it again! 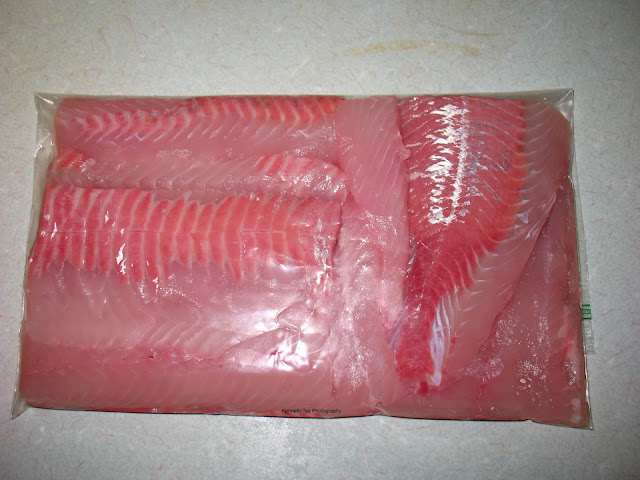 Posted by MuskieBaitAdventures at 12:48 PM