Wow! It has been sooooo long since this blog was updated. I've simply been too busy to fish much if at all...and there's nothing to report when not much has been caught.

Since fishing for muskies on the Thanksgiving weekend, I've gone on a fishing drought. In fact, I didn't have a chance to fish until January 24. That trip to Lake Rosseau was more exploratory in nature...and as such, we were skunked. This was all we had to show for the day. 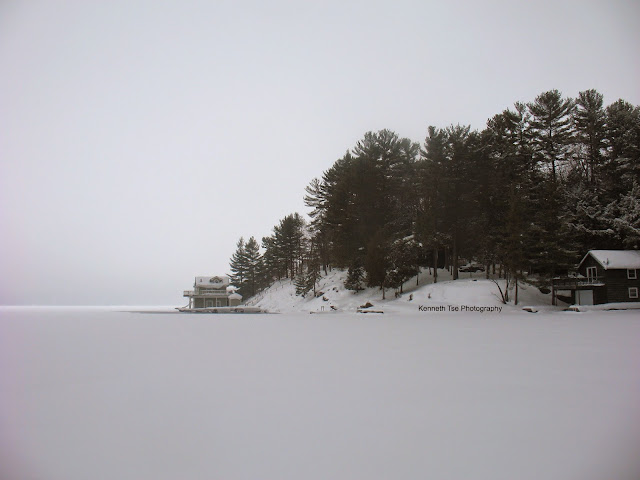 My friend Daria wanted another shot at icefishing again...and she wants to catch fish this time. Seeing it was Family Fishing Weekend (license free), we planned to fish a spot that I knew was pretty decent for Lake Trout. Everything was against us from the start. Our day fell on one of the coldest day of the winter. We got to a late start when the car that Daria borrowed from her father needed a top up on brake fluid. On the way to our location, the car had some strange vibration on the highway that was a bit worrisome, but we pushed on. After our little pit stop for washroom break and Timmy's we started the car again to find the check engine lights on...and yet, we pushed on. As if the camel's back hasn't broken enough, as soon as we got to our parking spot, the car battery died. Thankfully, another group was just leaving and they gave our car a boost. We concluded that most of the car issues were likely due to the cold weather...and we were at a crossroad where we needed to decide either to cut our losses and go home for safety sake, or we would risk it and simple go fishing since we were already here. In the end, we decided to fish.

It was just at that moment, when we were putting all the gear on my sled, that we realized I left all the rods back in my car in Toronto. Great! We drove 2.5 hours with all the car trouble just to have zero rods to fish. Rummaging through my bucket, I found an almost empty spool of 15lb mono that I use to tie pike leaders, and a spool of 8lb fluorocarbon that has much less than the printed 50m when it was new. We just have to make the best out of the situation and hope there was enough line to fish.

Finding our spot at 60 feet of water, we barely had enough line to reach the bottom. If a bigger fish were to take a run, we would only have an extra 10 feet of line for the fish to run. It was either to snap off the fish, or end up with no line to fish.

It actually took only 5 minutes before we got our first hit. After missing a couple of hits since we had to learn to time the hookset by hand, we finally got it right and had a little Lake Trout on the ice. 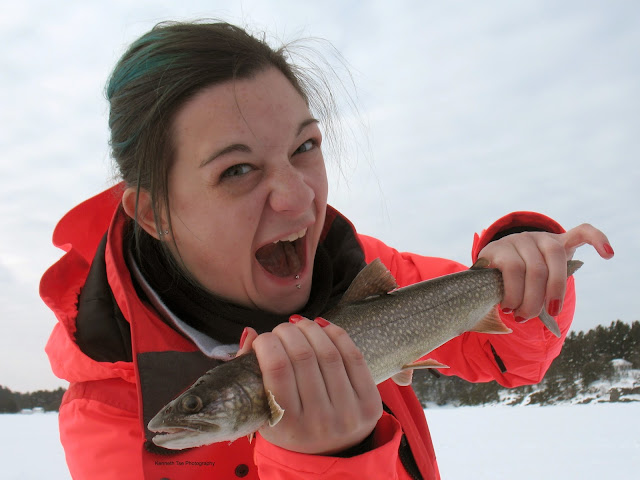 But bringing up that fish was a lesson learned...as it was very difficult trying to wrap the line back onto the tiny spool nicely without tangling. If we don't wrap fast enough, we can't keep the line tight enough. In the end, we came up with a solution... 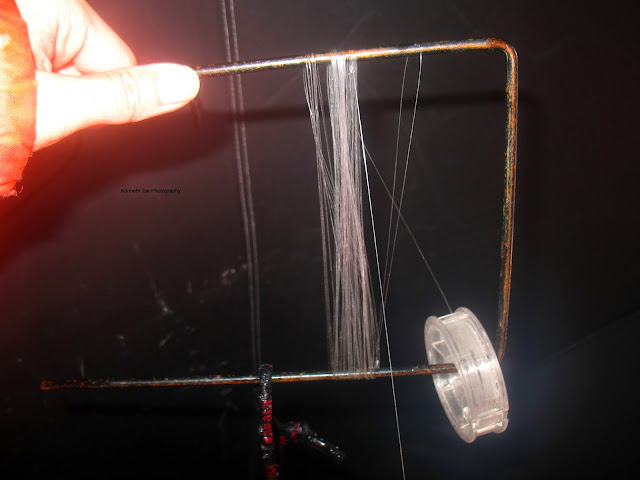 We only had 3 hours to fish since we didn't arrive until 1pm. Fearing we had missed the prime morning bite, I was worried the 2 hits and 1 fish would be all we got for the day. However, the fish were active and we missed 8 hits and land 3 fish by 4pm. Daria was absolutely pleased with the result since she has yet to catch a fish while icefishing. 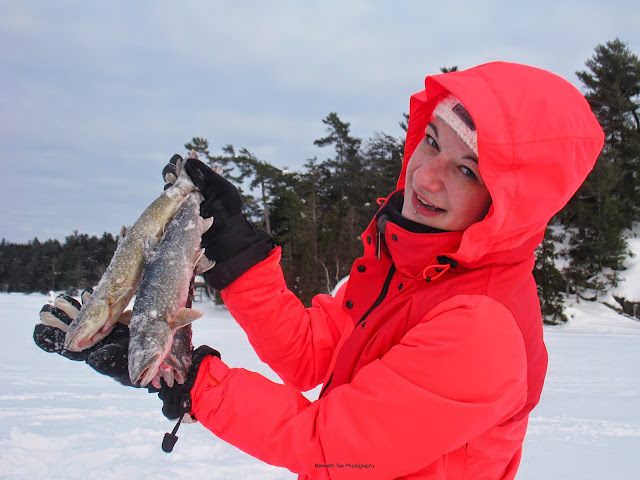 We both felt greatly accomplished after all the knocks that were thrown at us from the start. Thankfully, the drive home was much less exciting and Daria got to bring home a trout dinner for her family. I'm just happy we got back alive. :)