Belize, a country and a fishing destination that had been so fabled, has been amongst one of the highest on my list. With a mix of Mesoamerican tropical forest and mangrove shorelines, the second largest barrier reef in the world, and the rich blend of Mayan, Caribbean and Spanish cultures, not to mention some of the hottest fishing in the world, it has everything I'm interested in.

Unfortunately, due to the limited time, my trip is restricted only to the offshore islands of Belize. A little hindsight tells me that I should have spent at least a couple of days on the mainland...but c'est la vie.

My flight left Houston at 8:50am and I landed in Belize at 10:25am after 2.5 hours on the plane. Seeing the wide expense of forests, mangroves and reefs in the distance put some excitement back into my concrete forest enclosed life.

National Belize flights are provided by two main airlines - Tropic Air and Mayan Island Air. Both are basically equivalent so choice is often down to flight schedules. Today, I would be flying Tropic Air to Dangriga.

I've never been on a small propeller plane so I was a bit apprehensive about the flights, however, the scenery soon became a very good distraction.

Mangrove wetlands in a nature reserve 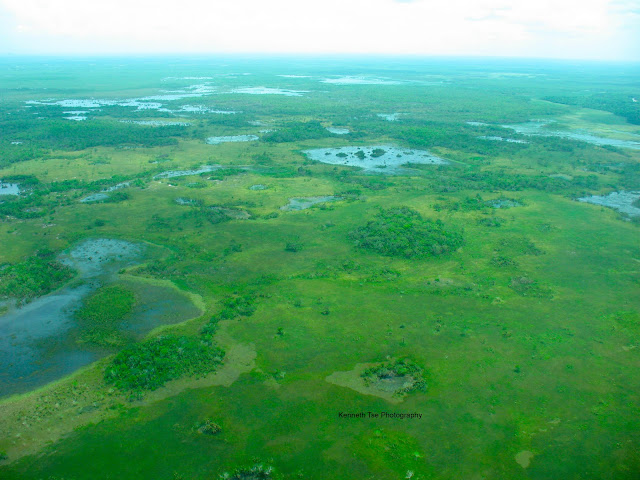 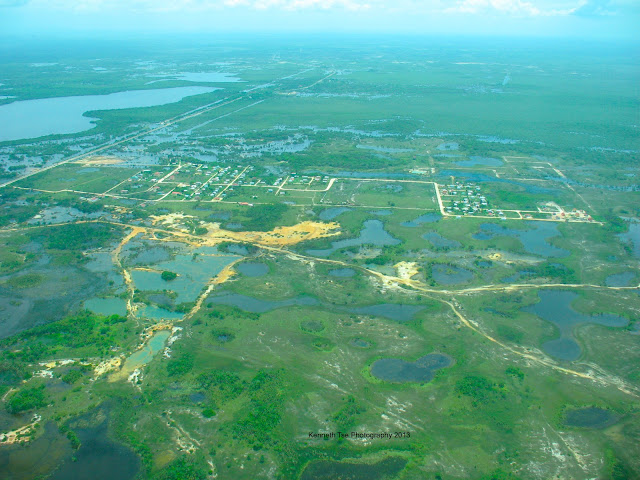 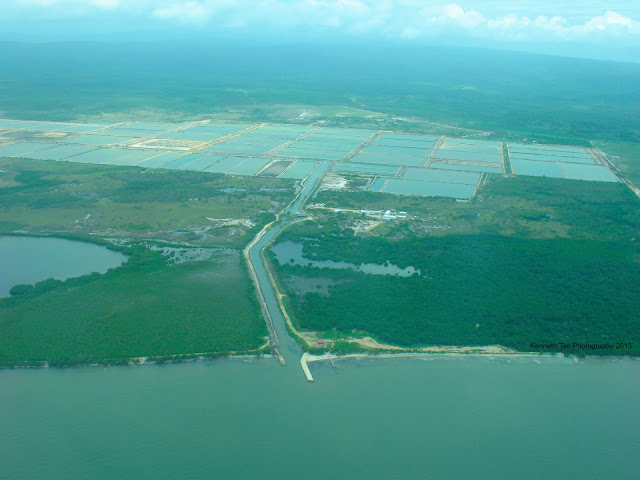 After a short 15 minutes flight, the plane landed onto the small strip at Dangriga airport.

Although the airport is only 10 minutes drive from town, I don't really feel all that safe walking to town. A taxi ride is only US$5, so that was an easy decision.

I was supposed to catch a boat to Tobacco Caye from Riverside Cafe. I had talked to a captain the night before and told him to expect my arrival at 1:30pm. But apparently the other party taking his boat did not want to wait and he left me stranded. He did asked his brother, Capt. Snoop Doggie, to take me across...but since I'm a party of one, the boat would have to be chartered for US$75...unless I want to wait to see if any other people would arrive to share the cost of the boat.

I wasn't that keen on parting with $75 just yet and the day was still fairly early, so I decided to wait. Luckily, another part of 3 arrived and soon we decided to settle on $25 each for the ride across (they had a kid and kids ride free...or at half price).

Tobacco Caye is a small 5-acre island about 20 miles offshore. This little island was used during the tobacco trade, favourably situated near a break on the Belizean barrier reef where ships could dock, trade and obtain supplies. After a historic hurricane, the island was reduced in size and it is now the home of a few residents and a destination for tourists who seeks refuge against busy lives.

In the picture, you can see the island from end to end. It takes about 5 minutes to walk from one end to the other end.

For the next 3 nights, the seaside cabins in this picture will be my home away from home. These cabins are owned by Tobacco Caye Paradise. I highly recommend them! 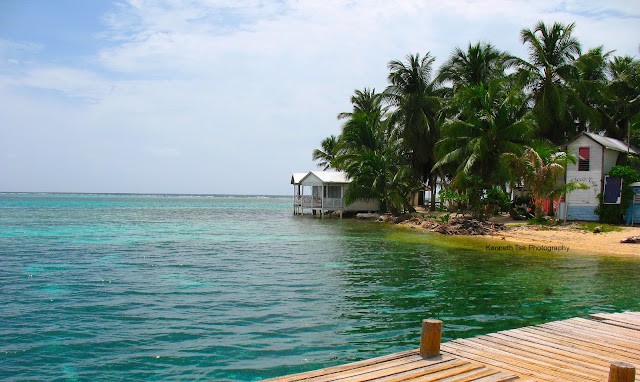 Can't get any better than this...a view of the barrier reef from the back porch! 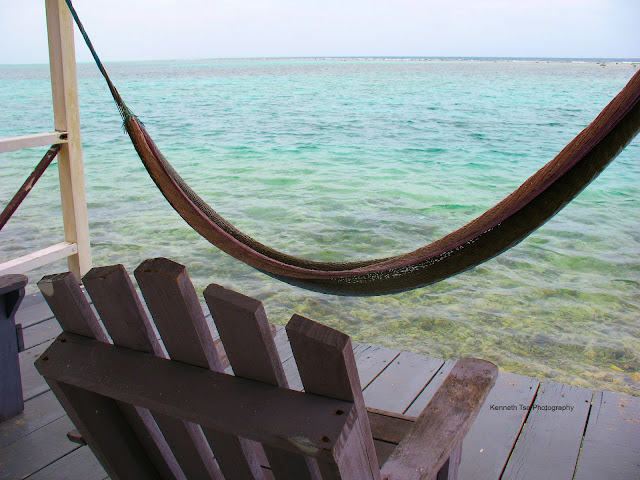 Of course, I couldn't wait to start sampling some of the Belize marine diversity. Using some salted squid strips I managed to "smuggled" into Belize, I soon found a willing player. 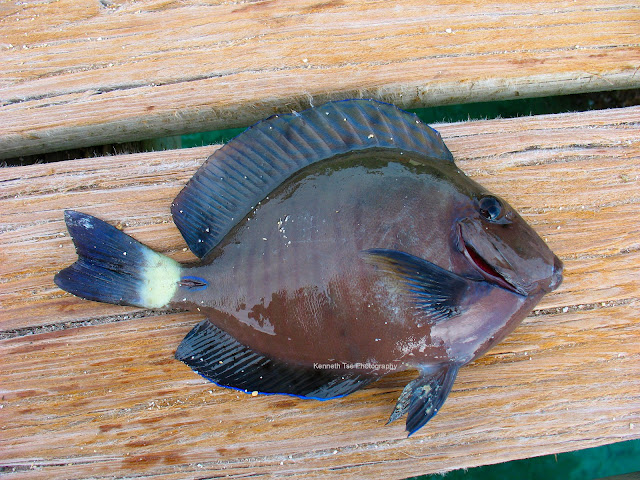 There were a lot of Doctorfish, French Grunt, Bluestriped Grunt and Slippery Dick taking the bait around the dock. I wanted to find something new so I cast out toward the seagrass. On the first cast, I hooked a strong pulling silvery fish that attracted the attention of a 3' Great Barracuda. The fish narrowly avoided being lunch...but not without getting a couple of fins torn apart. 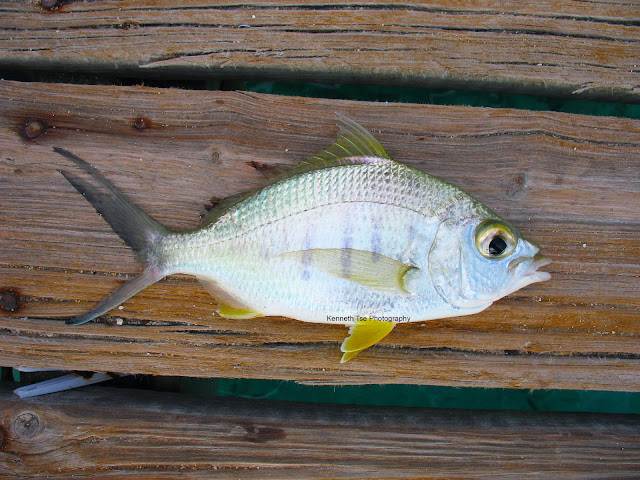 There were a lot of cool little fish around but the Slippery Dick were often too quick on the bait. While trying for the smaller fish, I saw a Yellow Stingray cruise by. These fish will become one of my nemesis. They always appeared at the most inopportune time when I didn't have a rod rigged up to target them. In today's case, I had cast far out to fish the seagrass while the stingray was in tight. By the time I had reeled in my line, the fish was gone.

It was getting a little too hot fishing out in the sun, so I retreated back to my back porch and made a few casts. On the second cast, something hammered the squid and gave a very fun fight. Finally there was something different at the end of the line again! 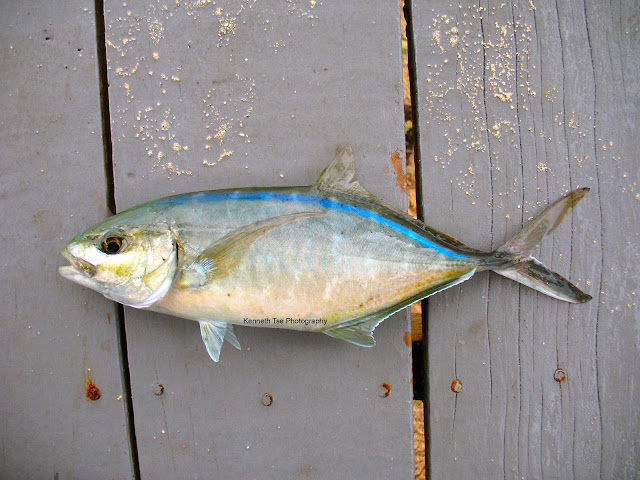 It was 6pm and the dinner bell rang. Included in my nightly stay was 3 meals a day. Our meals consisted mostly of fresh catches of fish. You could ask some of the fisherman to harvest a lobster for you for a price of US$2.50...yes...you read that right...it's ridiculously CHEAP! Here's a great meal of coconut rice, beans, fresh snapper and coleslaw, served with a big jug of fresh squeezed limeade! 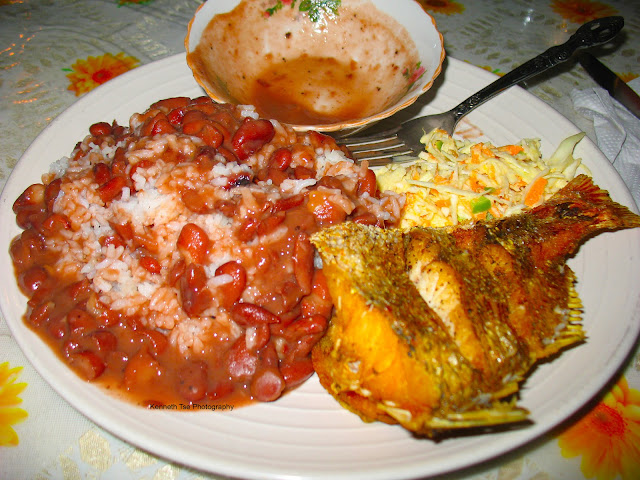 After dinner, I decided to take it easy and just cast out a line from the back porch while relaxing on the chair. Little did I know the fishing had other ideas... 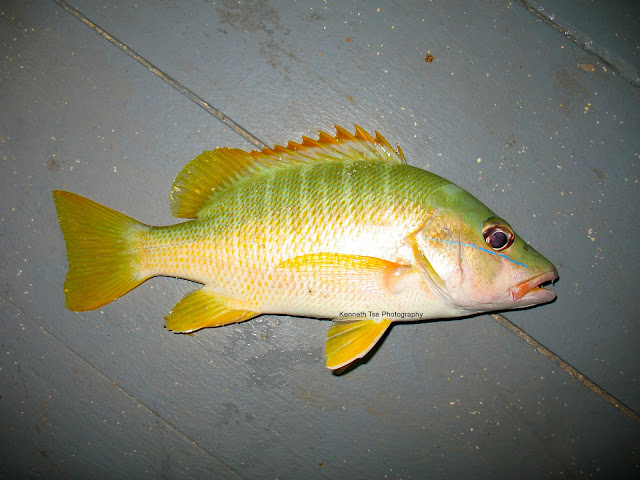 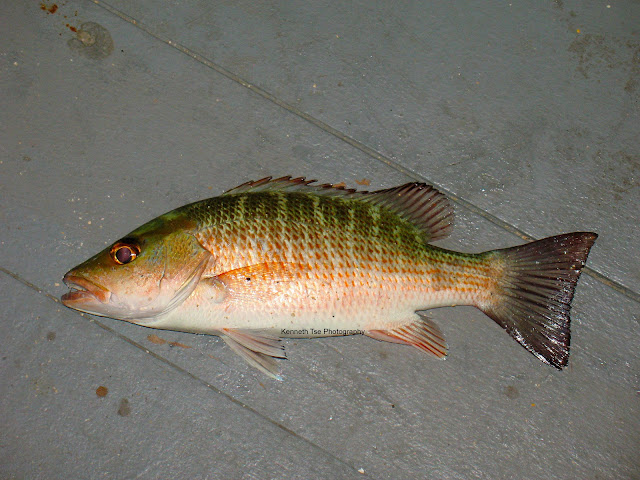 After about an hour, my spot was dead...but at the nearby dock, the ladies from our kitchen were fishing for the next day's fresh catch. I added my two snappers to their catches...and so we had enough snappers for tomorrow's dinner.

Thus it went every night - I would fish for a least a couple of hours "working" for my own dinner...man...island life was tough. LOL

I tried to let a couple of squid heads soaked for a while to see if anything larger would come by...but that was all she wrote. After a long day of traveling, I retired for the night early.

Posted by MuskieBaitAdventures at 8:12 PM